On April 27, 2021, the Vietnam General Confederation of Labour had a decision to recognize Dr. Tran Trong Dao, who is a member of the University Council for the term 2021-2026 and the former Vice President during the term 2014-2019, as the Acting President of Ton Duc Thang University. 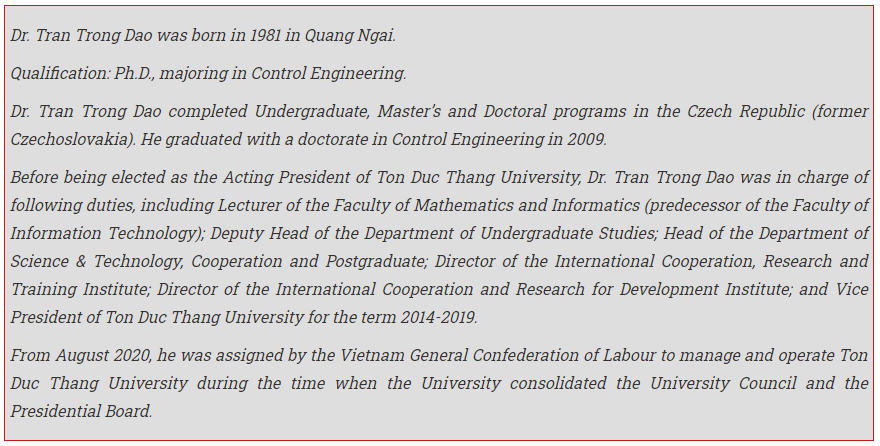